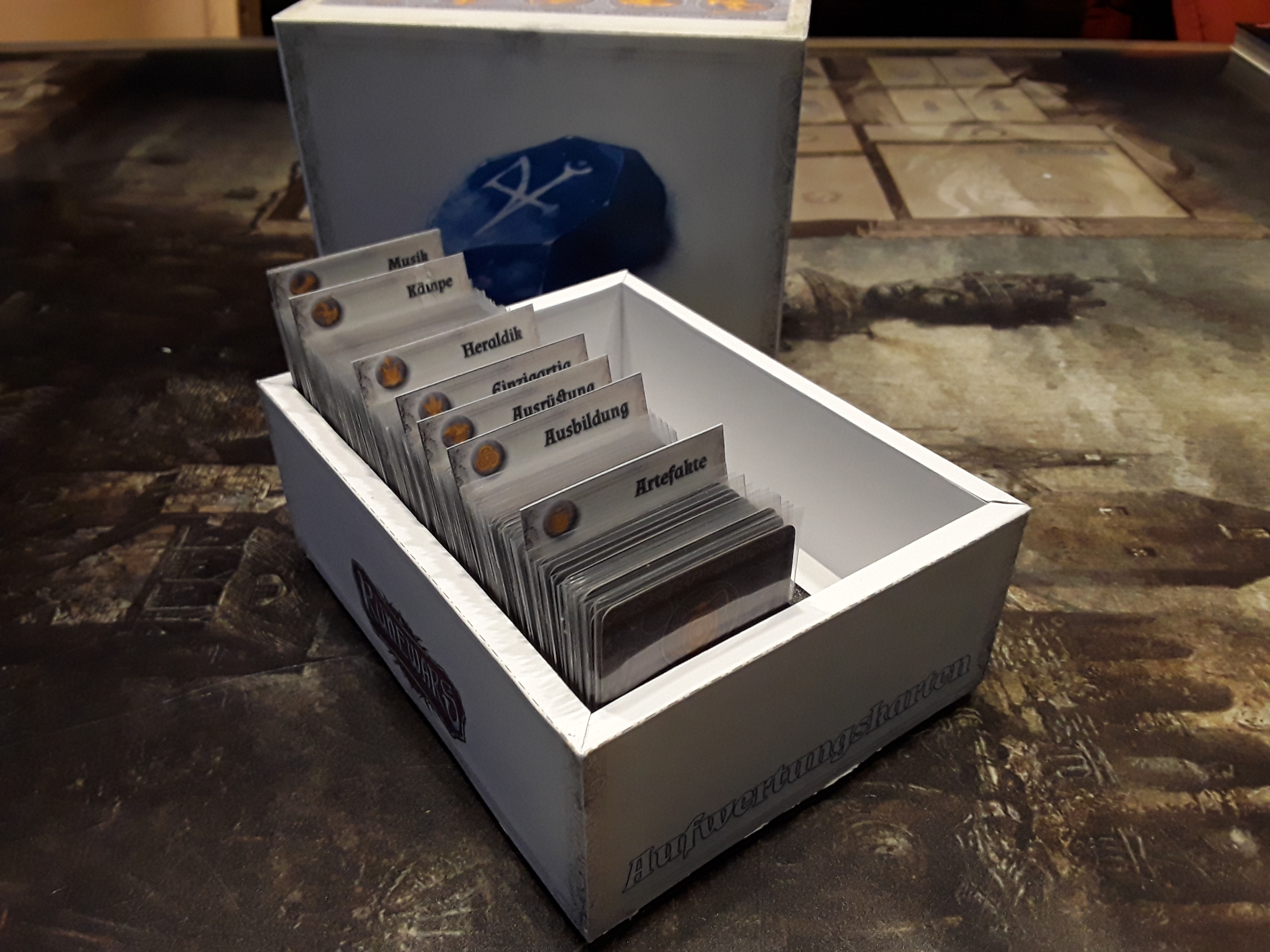 The CollectorBox system should be established by now and I’m quite satisfied with the outcome of the new foamboard enhanced version. Hasn’t been that much work to remove the X-Wing artwork and add some Runewars graphics. The box has enough room for a while and quite frankly looks really nice from the outside. But judge for yourself. 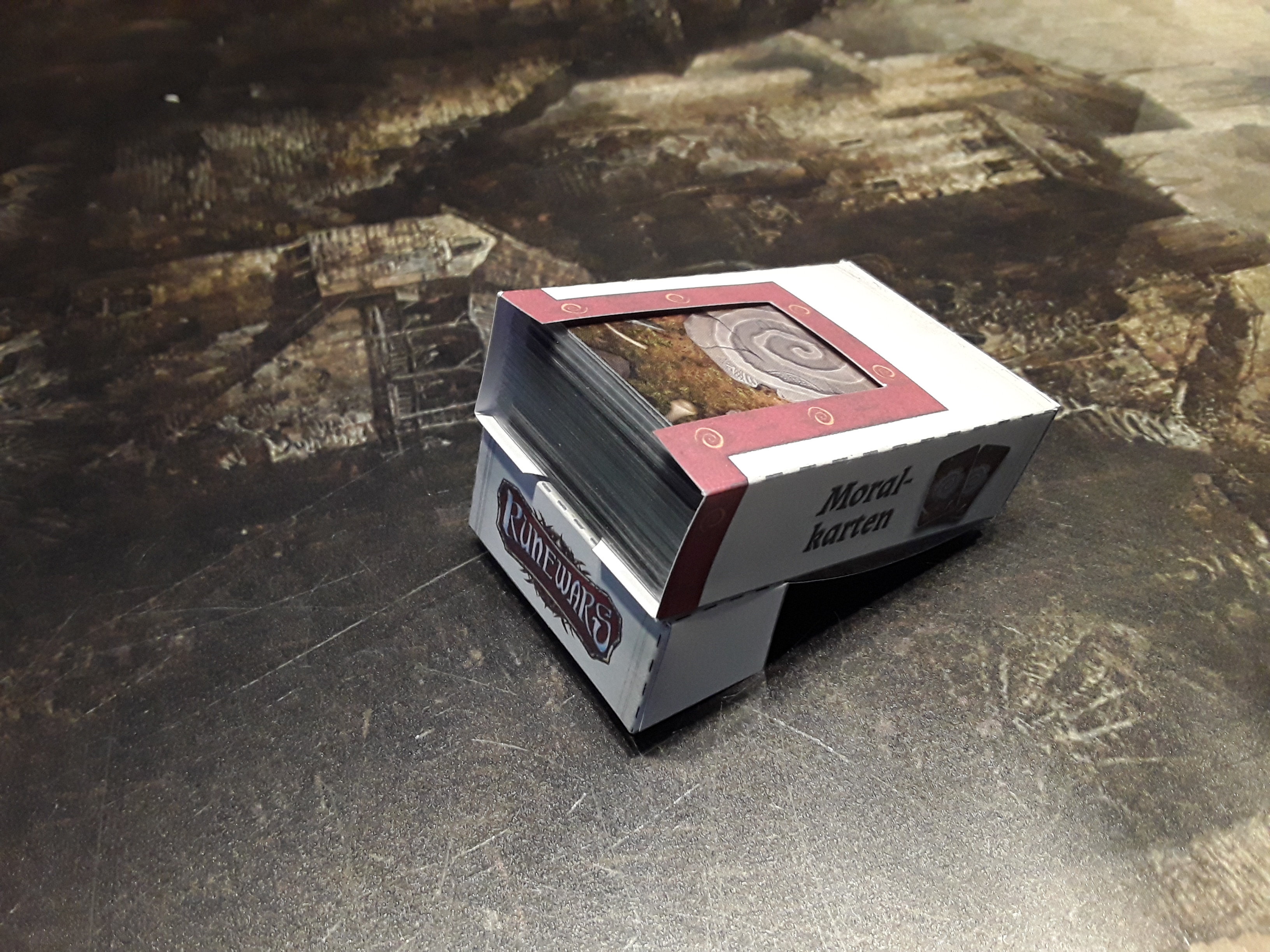 Morale what?? No X-Wing player, right? This is another design that I stole from myself, the DamageDispenser for X-Wing has been up for quite some time and seems to be quite famous (over 1400 downloads…). And since the morale deck from Runewars shows the same annoying behaviour of sleeved cards sliding from the pile I figured it might be good idead to have a dispenser box, as well. If you don’t know, check out the subpage.

Thanks to my new localization workflow described below, all available and upcoming Runewars material has been designed to work with this from the very beginning. If you already know what I’m talking about, here’s the link the language file, otherwise take a look a my localization page about how you can get a localized version of the new stuff.

That’s it for now, still working on the UnitQuarters that I’ve teased on FB, mainly because I’m undecided about how to do them. But I will get to it, just stay tuned.