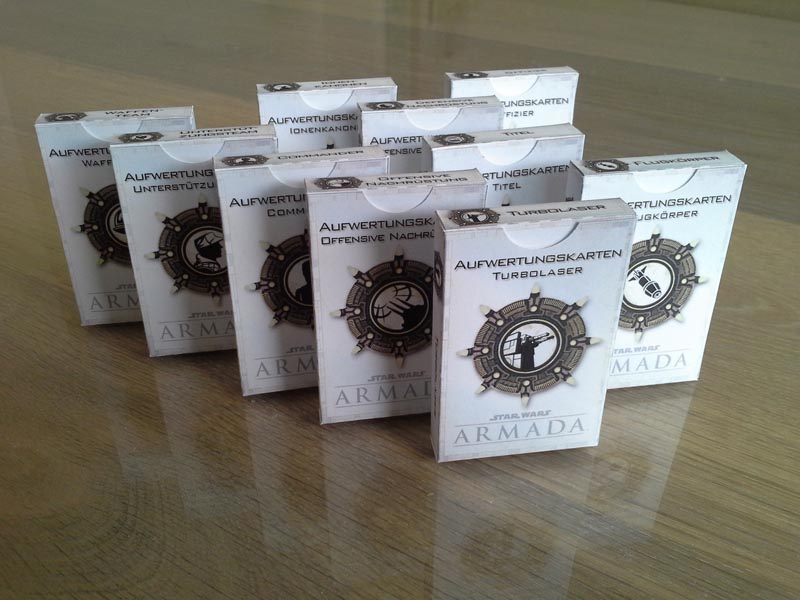 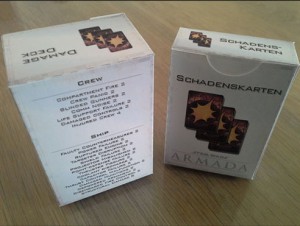 A standard tuckbox for your damage deck. The file contains two sizes, one for sleeved cards (FFG sleeves) and one for unsleeved cards. The backside features a list of all damage cards, including type and quantity. 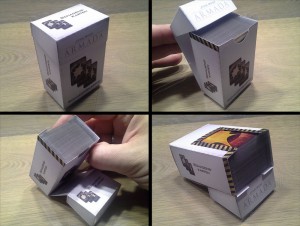 How the dispenser box works.

Following an idea on a german X-wing forum I designed a tuckbox that is not only meant to hold your sleeved damage deck, but also acts as an in-game dispenser box that stops your cards from sliding from the pile. Just turn the upper flap the whole way around and put it on the table. Assembly is only slightly more complicated, just follow the steps below:

Works great, feel free to ask questions, if you don’t get along.

These boxes come in different versions, choose whatever you like best! 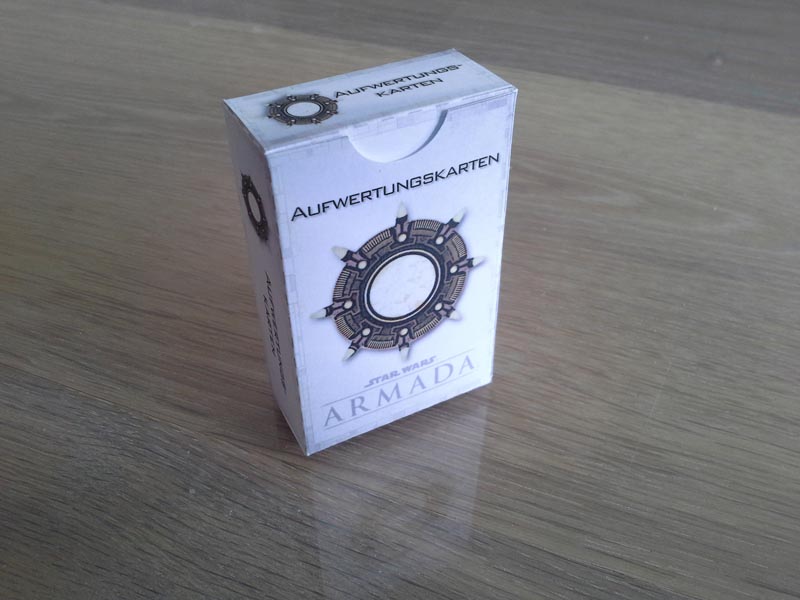 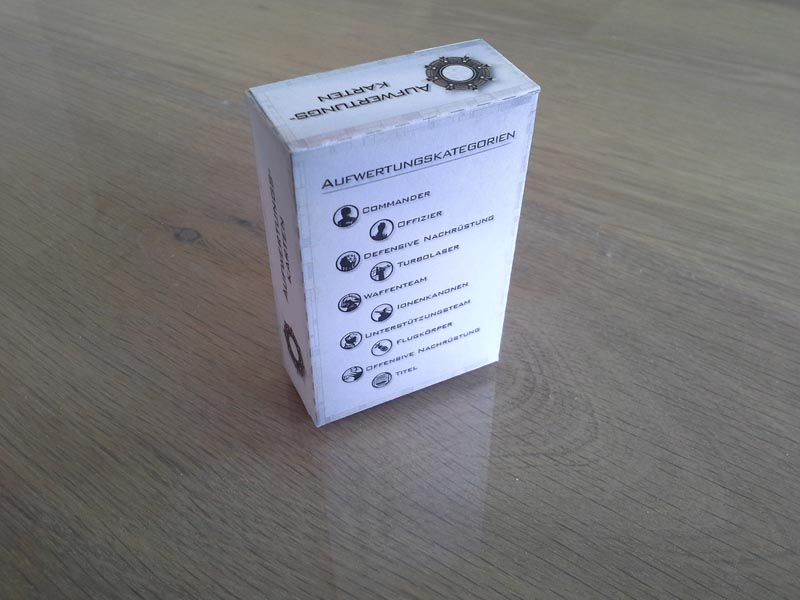 The backside of the box.

For manageable collections. A single box for all upgrade cards, regardless of their category. The backside features a list of all available categories. 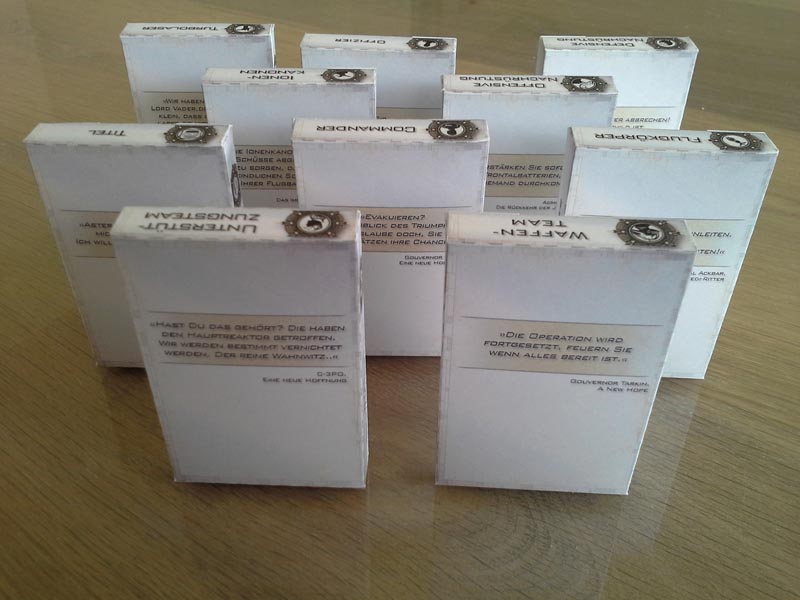 Fluff quotes on the back.

Separate boxes for each upgrade category. For now those will be quite empty, but I’m confident that this will change. The backside features a more or less appropriate Star Wars quote for each category. 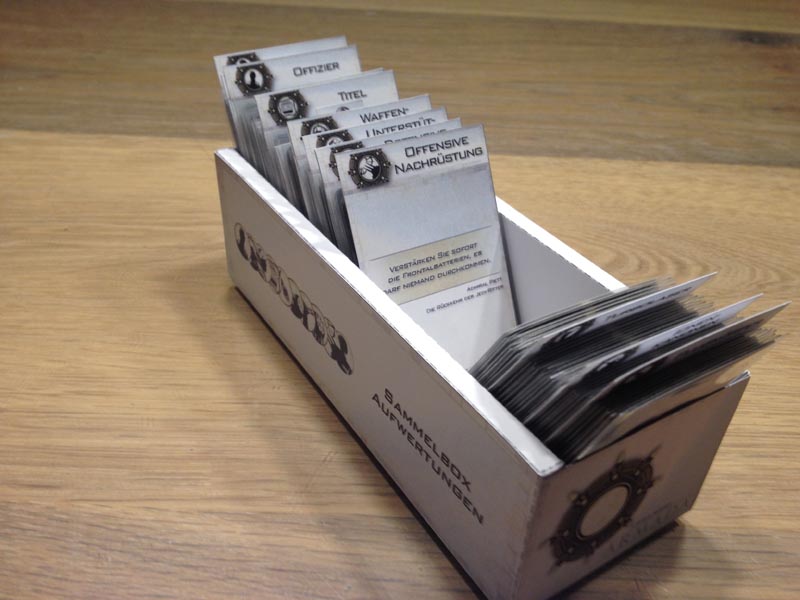 A non-tuckbox solution that can be found under CollectorBox Upgrades. 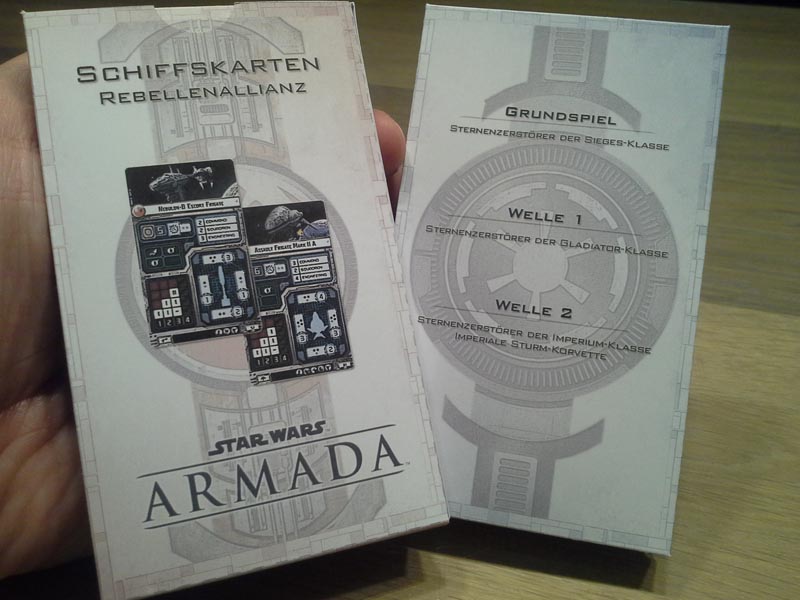 With the future in mind I decided not to do a single box for all ship cards, therefore the file contains separate boxes for rebel and imperial ships. The design is more bulky and sedate than the squadron boxes’ (straight cards, heavy logo), because I thought this would be appropriate for the content. The backside features all ship types up to wave 7.

Here the same holds as with the ship card boxes (no single box). The design is more dynamic, again because of the content (cards at an angle, ship silhouettes). The backside features ship types and unique pilots up to wave 7.

Since the amount of objective and reference cards is quite manageable (for now), I decided not to make separate boxes for those two types. Instead you’ll find a combined box for both of them. Feel free to request separate boxes if need be.

The new objective and station cards from Correlian Conflict boost the amount of those cards quite a bit, but I still decided to go with one box for all of them, but I’ve added two new sizes. Hope this enough, let me know if not!