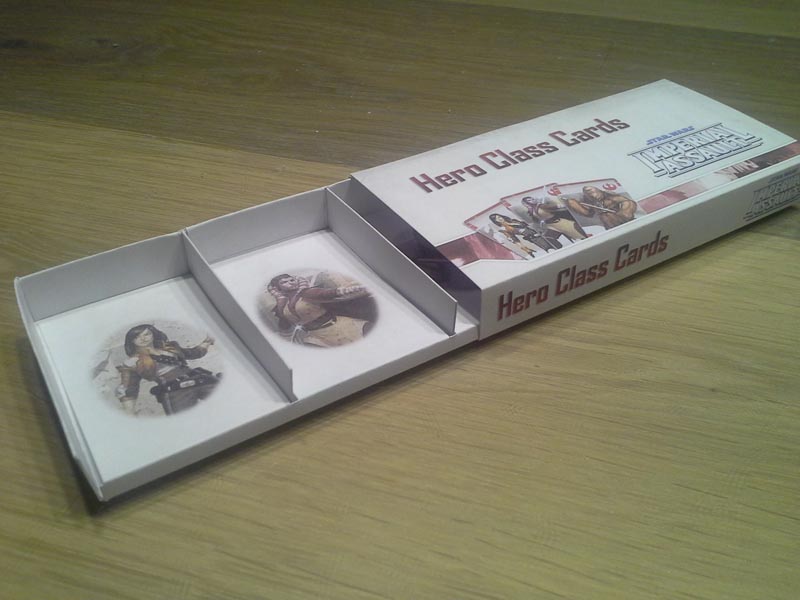 The matchboxes come with three slots for Item or Condition Cards and a sliding cover. Just open it and place it next to your play area. Assembly is a bit more complicated, but don’t be afraid and refer to the instruction slider below. Please note that these boxes are meant as an alternative to the standard tuckbox, you won’t need both! 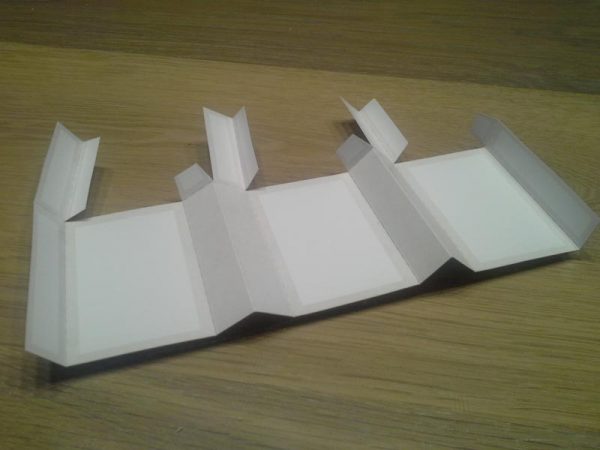 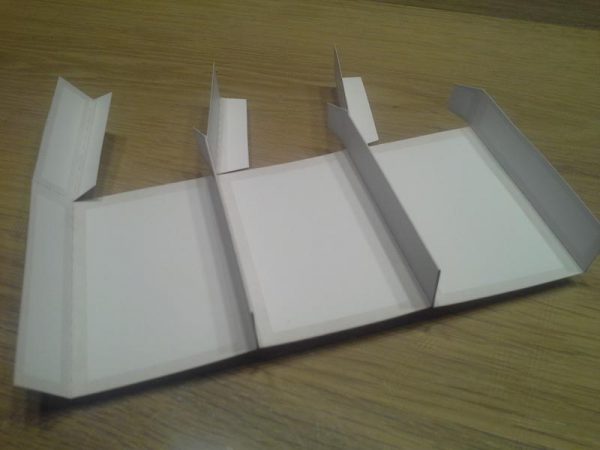 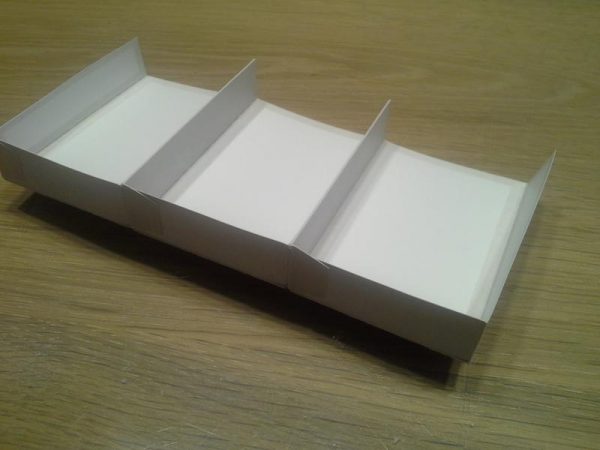 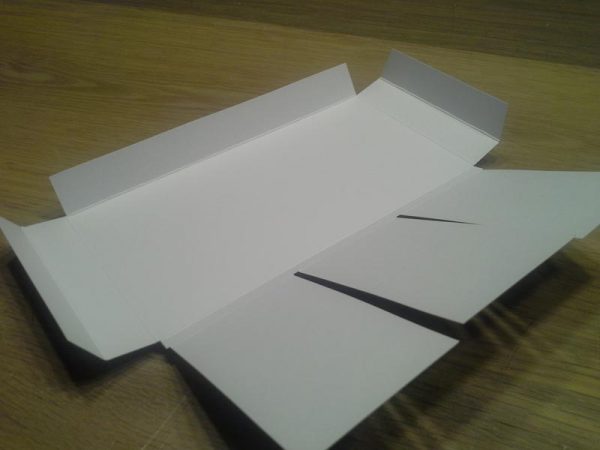 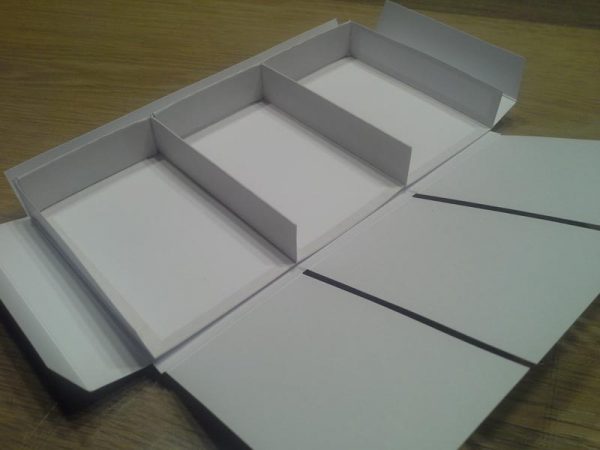 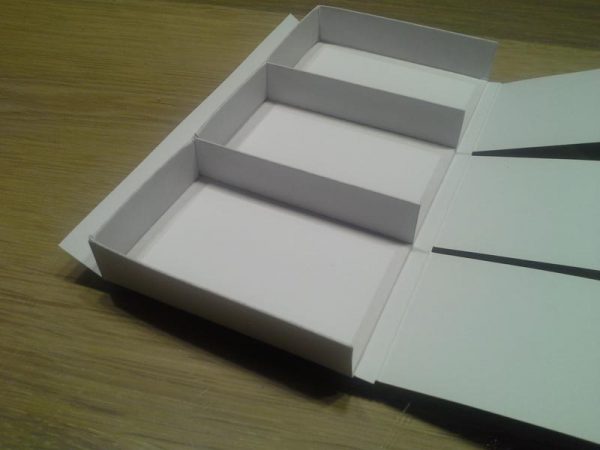 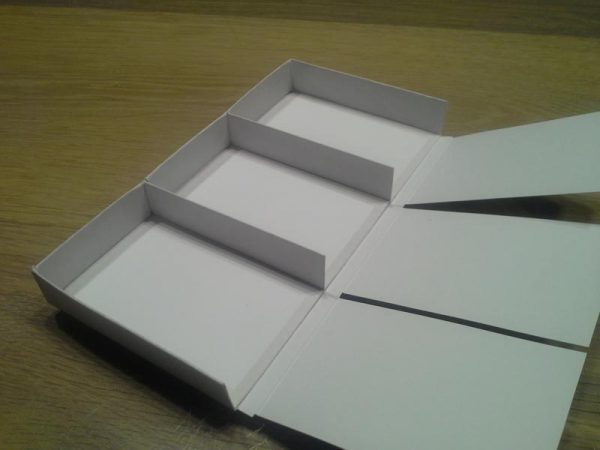 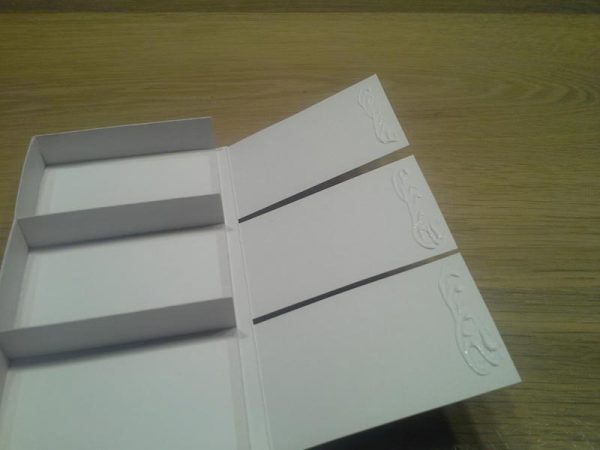 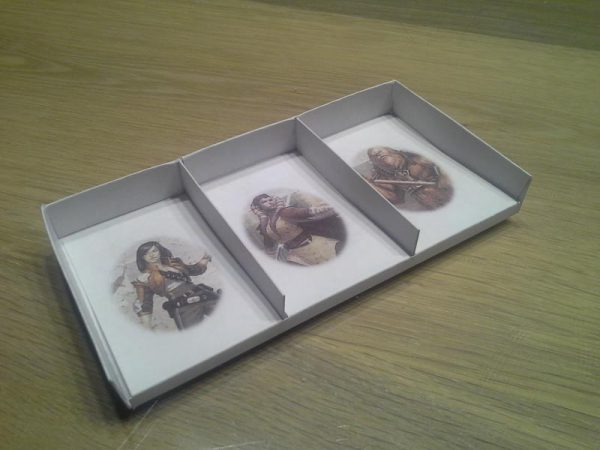 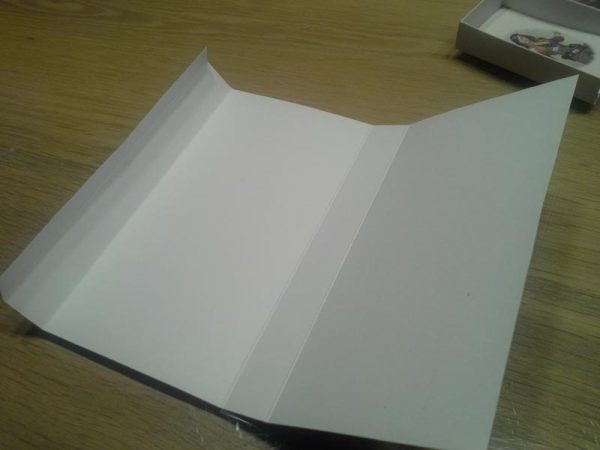 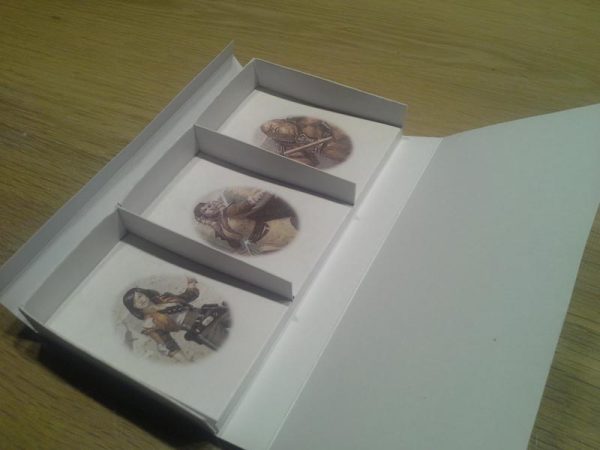 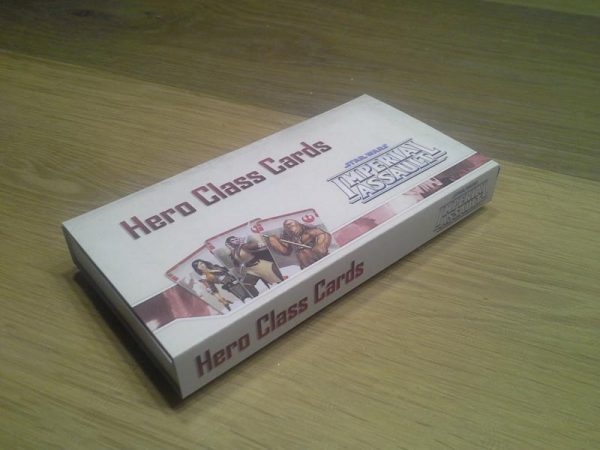 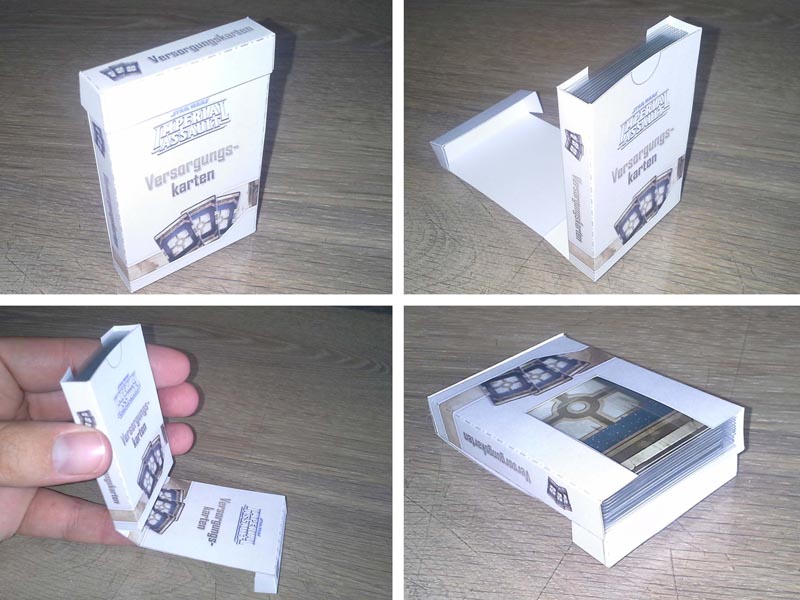 Following an idea on a german X-wing forum I designed an alternative tuckbox that is not only meant to hold your sleeved damage deck, but also acts as an in-game dispenser box that stops your cards from sliding from the pile. Just turn the upper flap the whole way around and put it on the table. Assembly is only slightly more complicated, just follow the steps below.

The design of this box is identical with the Armada/X-Wing DamageDispenser. I merely reduced the thickness, even though the box is still quite roomy to make assembly easier and to allow the cards to be pulled out with ease. Works great, feel free to ask questions, if you don’t get along.