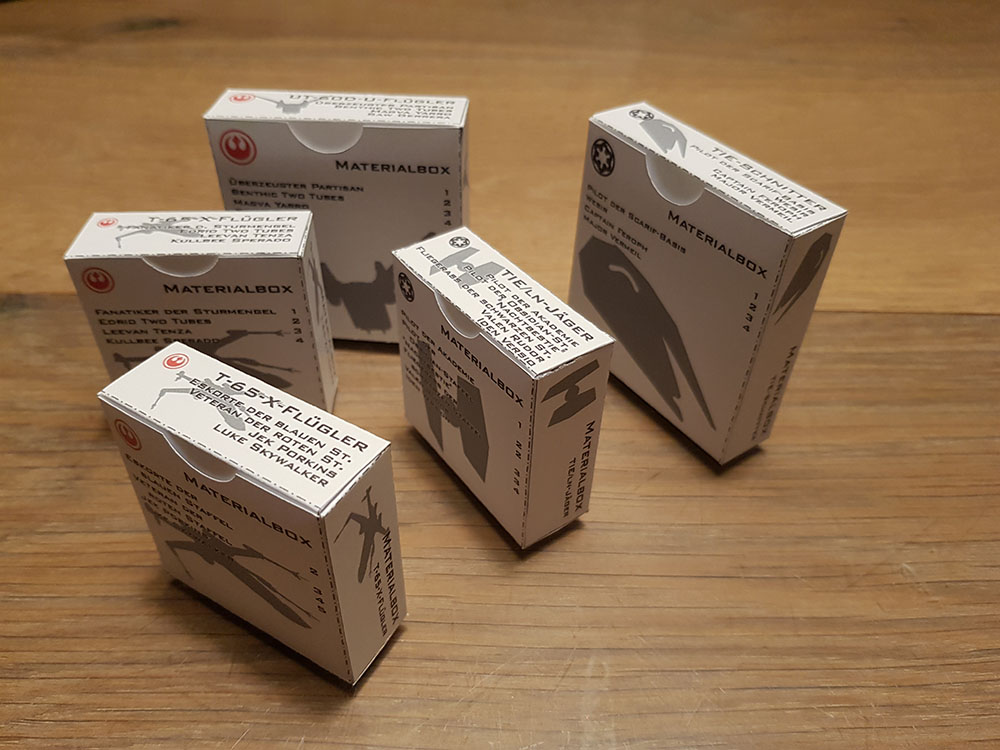 What is a GearBox? 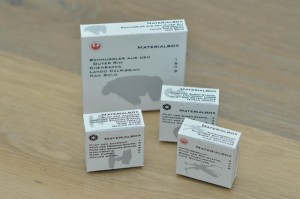 Each ship in X-wing comes with a number of things you have to gather before play. To make this easier just build a GearBox for each ship, where you can store everything besides the miniature (which belongs in the MicroHangar). The GearBoxes are simple tuckboxes of (roughly) the same size and of course they are completely optional, it’s no problem to use only the MicroHangars. 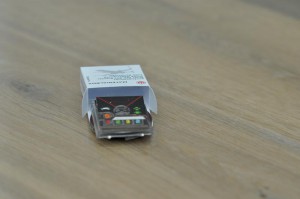 Each GearBox holds the corresponding ship’s base and pegs, the ship tokens (namely the ones listed on the box) and the maneuver dial.

I had some reports about difficulties when packing the GearBoxes, it’s really easy, only the sequence is important:

The GearBoxes have undergone a few more changes with 2nd Edition than the MicroHangars, most of them based on feedback from various fans. Here’s a list of changes:

Starting with the Scum faction (because reasons) there are seperate files for each faction’s Conversion Kit. Those files include only(!) GearBoxes, but a freaking lot of them (71 in case of Scum). How do you know which to print? You don’t, just print and cut and glue them all! Muahahaha… Joking aside, that’s fairly easy, I’ve tried to stick with the “one box per dial” approach, but tried to take into account that not everybody owns as much ships as there are dials.

Did I make myself clear? If not, feel free to ask!