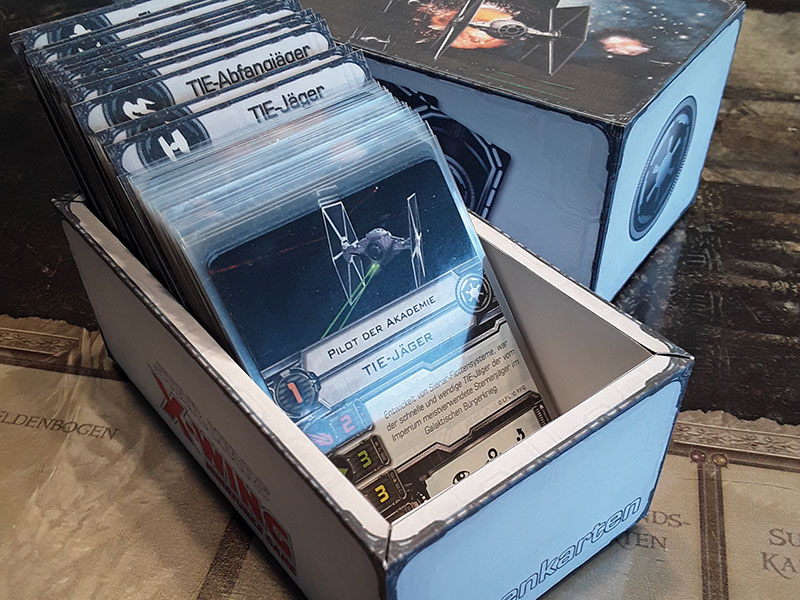 This section is still under construction. For now only a few game specific CollectorBoxes have been released, I fully intend to add the blank ones described below and further artwork versions, I’m just short on time…

A CollectorBox is the answer for the really big collections. At some point you might get weary to open tuckbox after tuckbox when searching for cards or you dislike the tuckbox concept from the beginning. The CollectorBoxes are an alternative to using tuckboxes. They hold a huge(!) bunch of cards, separated by dividers.

What can I store?

In this section you will find templates to build blank boxes for any game you like, even though the preview picture shows an version for X-wing pilot cards. Those are to be found in the game sections. The boxes come in different sizes, built to hold sleeved cards. I’m starting with the CollectorBox for grey FFG sleeves but I fully intend to add versions for yellow, green and maybe even orange FFG sleeves, as well. Furthermore I’m already working on a version for non-card stuff like X-Wing ship tokens and dials. Stay tuned.

Why do you use foamboard instead of regular paper?

Unlike my very first CollectorBox, that was built only out of paper, I decided to change this approach, simply because the cardstock gave in when putting a large amount of sleeved cards inside the box. Therefore I decided to switch to foamboard, which is both easy to use and much(!) more sturdy than pure cardstock. Don’t even start complaining “No, I’m not capable of using this stuff, how on earth…”, check out the instructions tab, you’ll find links to some really useful tutorial videos there! I hope you don’t mind this decision, but if you’re unsure, just give it a try, you won’t regret it!

Have fun, questions and feedback welcome!

Building the CollectorBoxes is really easy, even if you’ve never worked with foamboard before. I thought about doing a tutorial for cutting and glueing this stuff, but you can find three outstanding instructions video by the even more outstanding UniversalHead from the Esoteric Order of Gamers:

Seriously, go check it out, it’s easy and even fun to watch, I learned it from him myself.

Everything else concerning the paper cover can be found in the following instruction slider. You can use it as a guide for all available CollectorBox sizes, because they follow the same concept, just with different measurements and artwork.

Anyway, here’s everything you need: 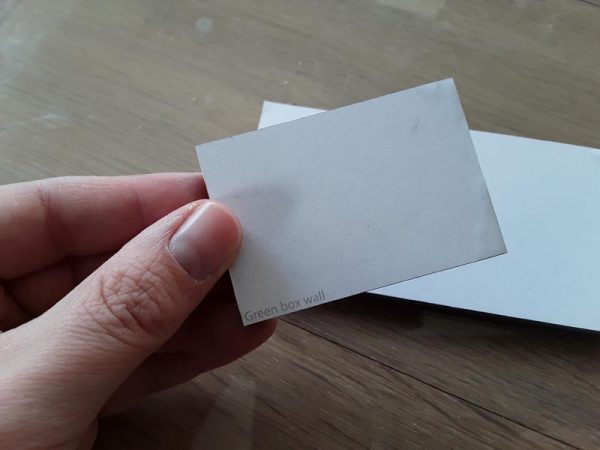 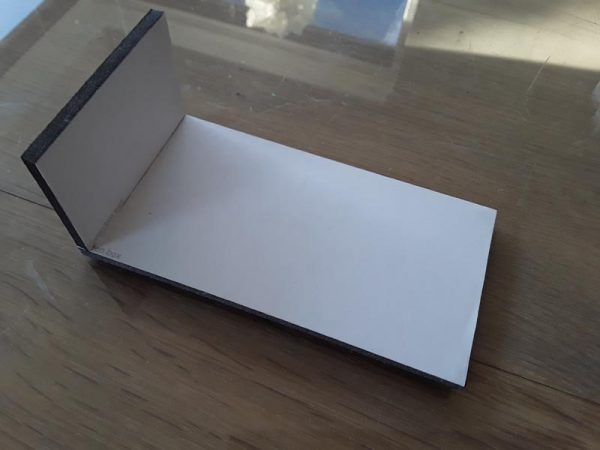 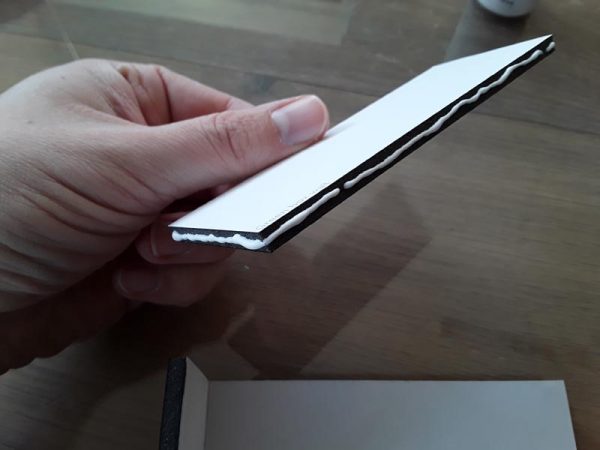 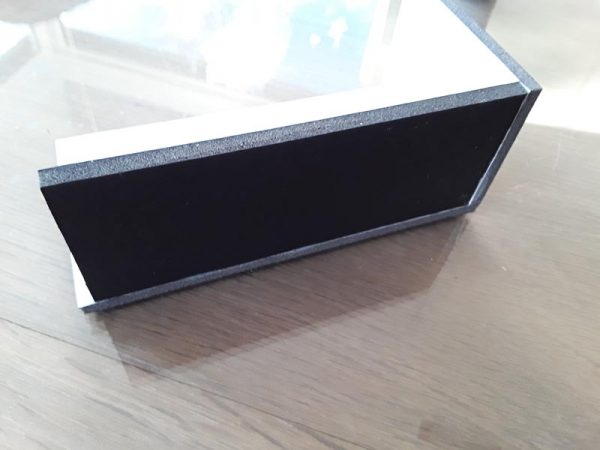 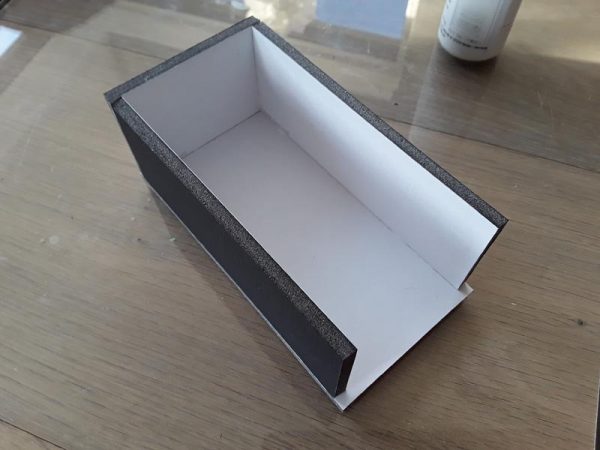 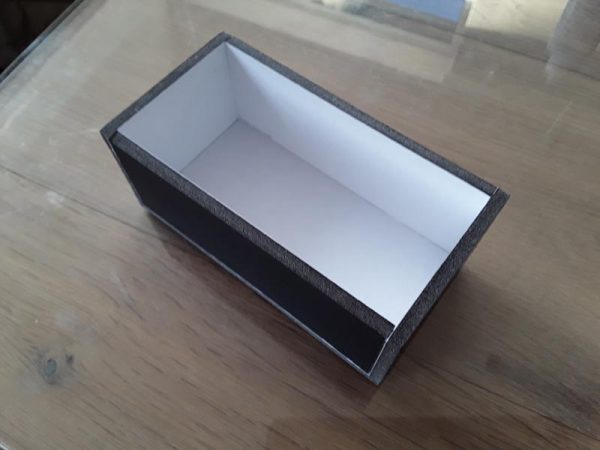 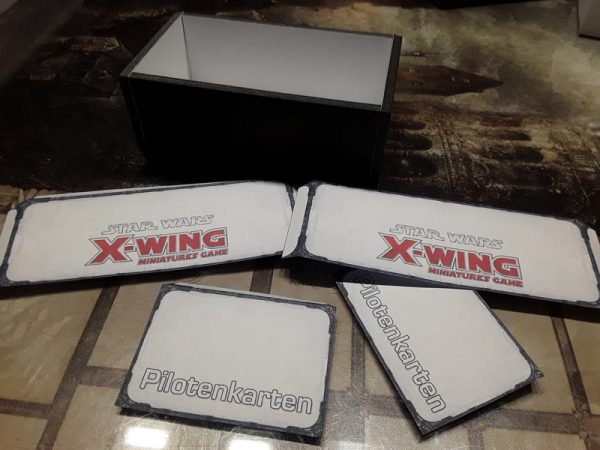 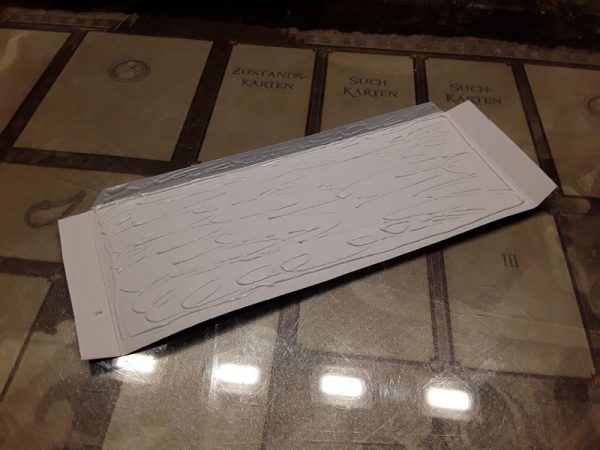 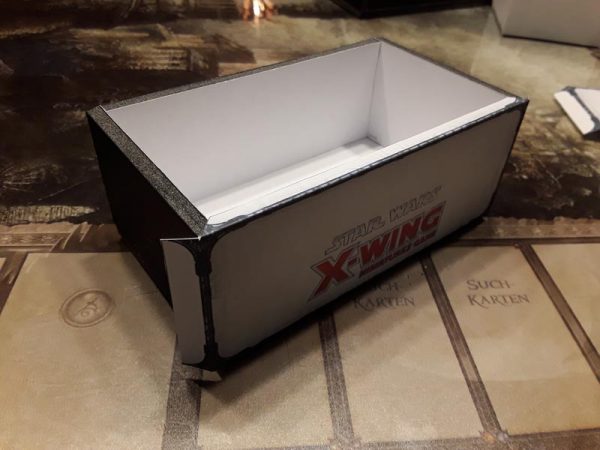 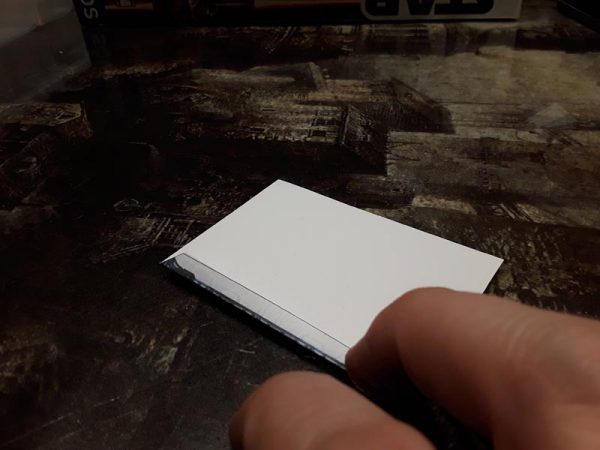 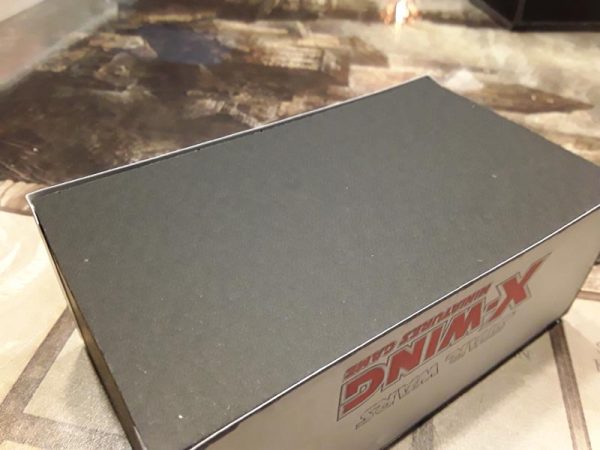 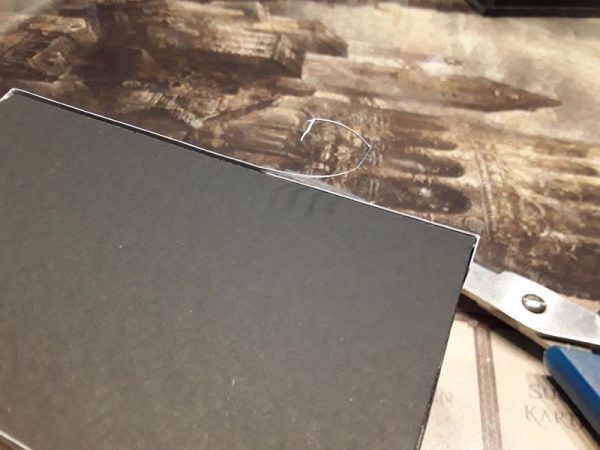 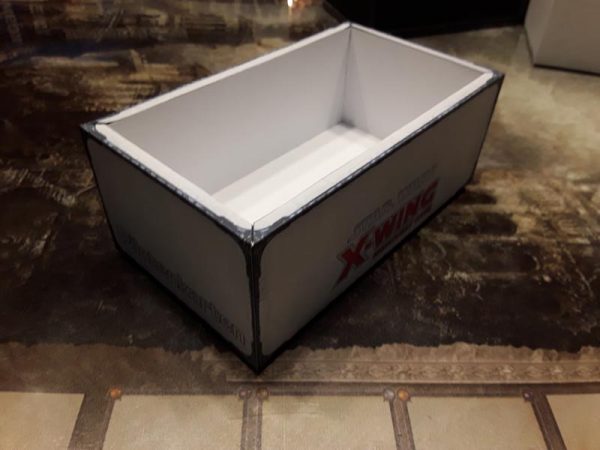 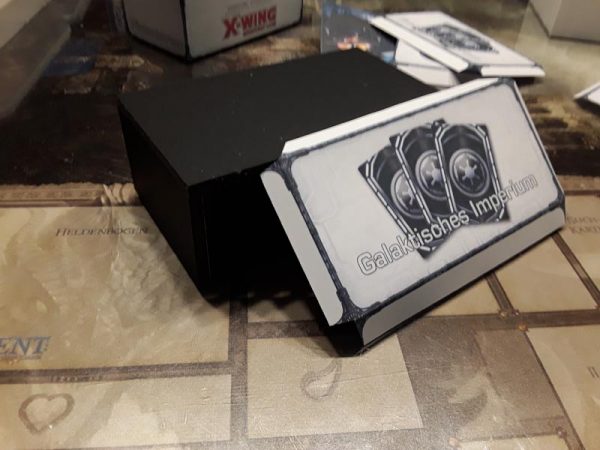 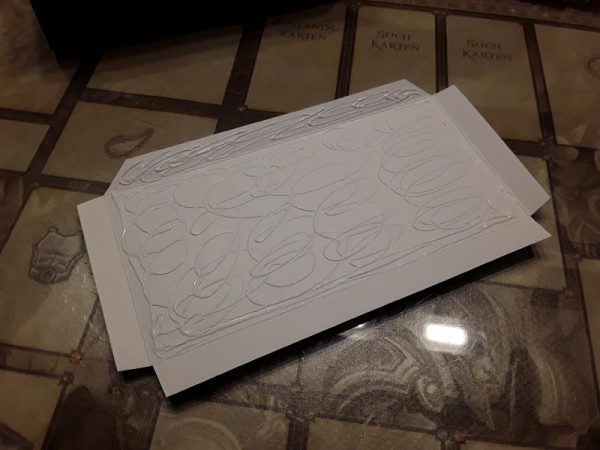 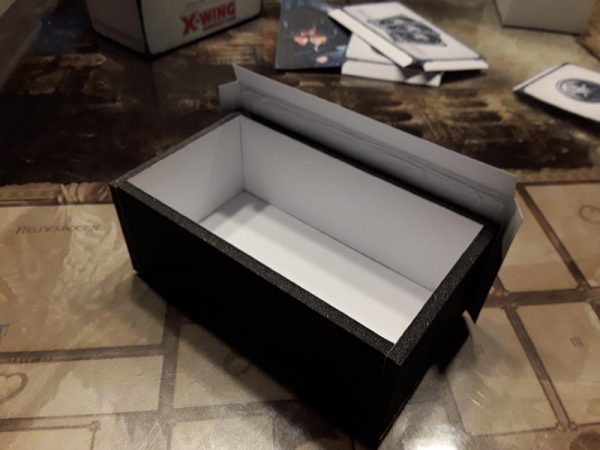 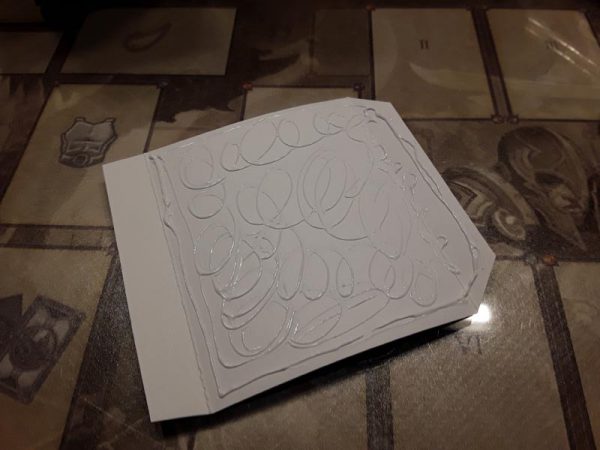 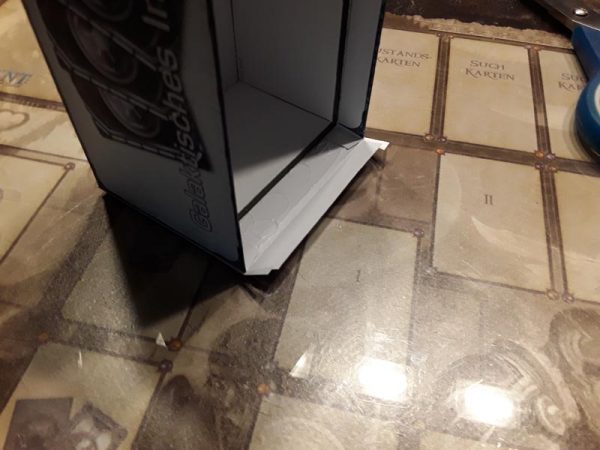 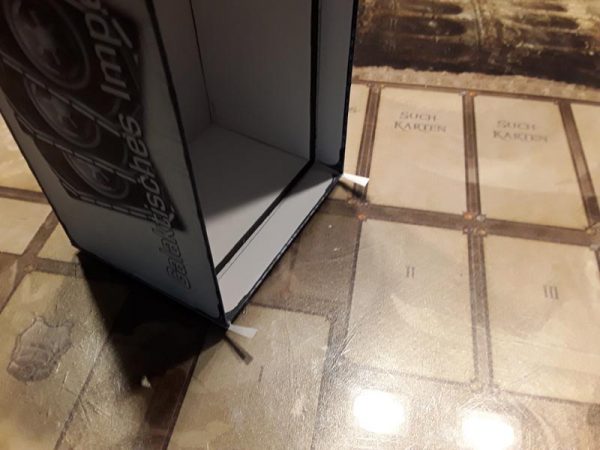 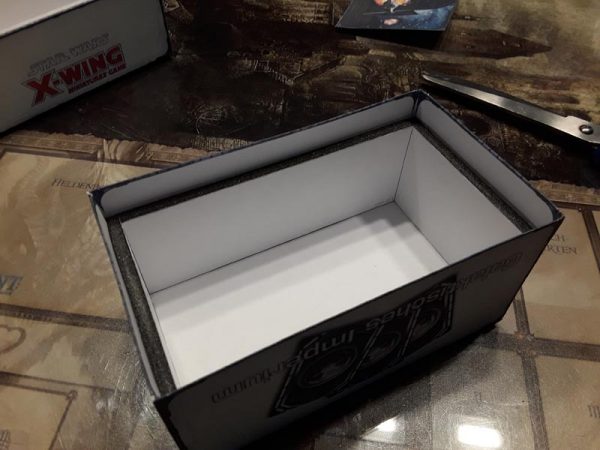 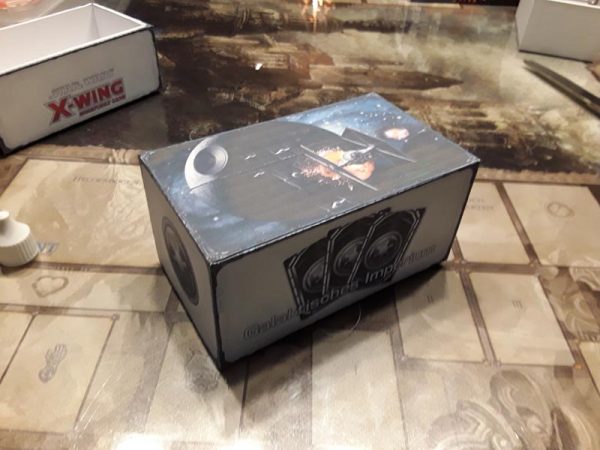 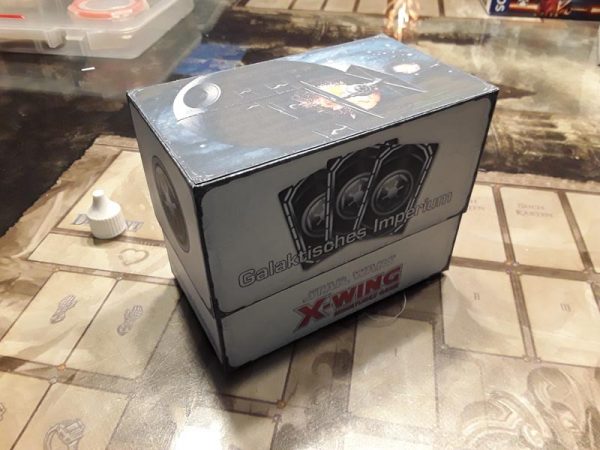